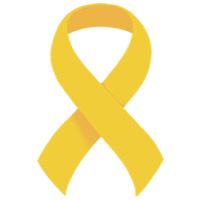 Sarcoma is a rare cancer in adults (1% of all adult cancers), but rather prevalent in children (about 20% of all childhood cancers). It is made up of many “subtypes” because it can arise from a variety of tissue structures (nerves, muscles, joints, bone, fat, blood vessels – collectively referred to as the body’s “connective tissues”). Because these tissues are found everywhere on the body, Sarcomas can arise anywhere. Thus, within each site of the more “common” cancers there is the occasional surprise sarcoma diagnosis (e.g., breast sarcoma, stomach sarcoma, lung sarcoma, ovarian sarcoma, etc.). The most frequent location are the limbs since this is where the majority of the body’s connective tissue resides. They are commonly hidden deep in the body, so sarcoma is often diagnosed when it has already become too large to expect a hope of being cured. Although a lot of the lumps and bumps we get are benign, people should have them looked at by a doctor at an early stage in case it is sarcoma.

Sarcoma is sometimes curable by surgery (about 20% of the time), or by surgery with chemotherapy and/or radiation (another 30%), but about half the time they are totally resistant to all of these approaches—thus the extreme need for new therapeutic approaches. At any one time, about 50,000 patients and their families are struggling with sarcoma. Approximately 15,000 new cases are diagnosed each year nearly 6,000 people die each year from sarcoma.

*Information provided by the Sarcoma Foundation of America.