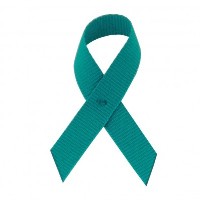 January has been designated as Cervical Cancer Awareness Month by the American Cancer Society. Cervical pre-cancers are diagnosed far more often than invasive cervical cancer. Cervical cancer was once one of the most common causes of cancer death for American women. But over the last 40 years, the cervical cancer death rate has gone down by more than 50%. The main reason for this change was the increased use of the Pap test. This screening procedure can find changes in the cervix before cancer develops. It can also find cervical cancer early − in its most curable stage.